Could this be the end of bags in trees?

A proposal to ban plastic bags in Baltimore made its way through a critical City Council committee vote yesterday. Banning the use of plastic bags could mean the end of bags in waterways or caught on tree branches. The proposal would require only larger stores to offer paper or reusable bags (those with gross annual sales of less than $500,000 would be exempt).

Seems like a great idea to me, even though it costs more to produce paper bags than plastic. But the long-term effects cannot be denied. Those bags in the trees never go away -- they just blow over to your neighbor's tree.

The proposal was approved by a vote on 3-1, with our Councilman Robert Curran as the sole "no" vote. Curran, whom the Baltimore Sun notes "took a job bagging groceries after high school," (see -- he's just common folk like us!) said that he is standing with grocery worker unions who oppose the bill.

I am a fervent supporter of unions, so I understand Curran wanting to do the right thing here. However, I would have much preferred he be more forward-looking and take the approach of Councilwoman Agnes Welch. From the Sun:

City Councilwoman Agnes Welch, meanwhile, voted for the bill in committee so it could be vetted by the full council, she said. But she said she may not support the measure when it comes before the full council. 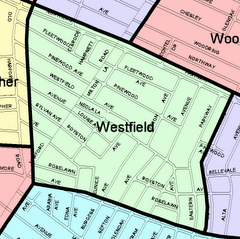